With that said, I’m just going to start rambling off some shit about the summer and how I incorporated my love for genre films and tentpole shit fests – With festival season, rearing it’s ugly head upon us, TIFF is in less than a week, with a slew of, what seems to be awful trite, in comparison to previous years – and SXSW kicking off with some fucking gnarly looking bad ass horror and heavy hitter genre flicks. I feel it’s perfectly fitting to say goodbye and summarize this movie going season……

So, horror had a big fucking run! A great fucking run!! Horror movies OWNED and DOMINATED the box office all fucking year man. R Rated horror movies – It’s like 2016 was the year the studios finally realized the only way out was up? Or would that be down? Either way, The Conjuring 2 was the only serious heavy hitting tent pole blockbuster contender. In the sense that, as far as numbers go it could compete with other Blockbusters – With films like, The Green Room, being made for under $4 million and pulling in, insane profits from VOD and overseas markets – Don’t Breathe just shattering box office expectations and knocking Suicide Squad off top spot at the weekend box office. Lights Out being made for peanuts and profiting almost 50 times its own budget (That’s a fucking huge hit btw, Paranormal Activity 1 couldn’t even do that) The fact that all of these very R rated visceral horror films are also critically praised, as being something that helps propel their own genre forward, for once. (Horror movies have been riddled with cliche after cliche since the dawn of the genre) With all of this, studios are finally starting to realize, the only true horror movies, are the ones made with passion and integrity. We can all think of scary horrible things, shocking things, things that go bump in the night! It takes a true Auteur and someone that truly cares about this genre, to express something truly fucking frightening to it’s audience, that is also, at once, truly unused, devoid of cliche, relevant and topical. Someone is finally financing proper horror, good horror – we DON’T need another played out tired version of Halloween, directed by a has been, because it seemed like a good idea. We don’t fucking need another Jason Vorhees, we don’t need another Freddy – Slasher flicks are dead, Slasher flicks are what almost dismantled and made horror movies completely fucking irrelevant. We’ve seen in recent memory, that you can reinvent the wheel, with the tried and true – Cabin in the Woods stories, Paranormal stories – Psychological thrillers, Tarkovsky style psychological horrors, it can be done. What they’ve tried and tried and tried to no avail, was to reinvent the wheel for Slasher flicks – I will agree, it worked kinda once, with Behind the Mask (Still waiting for a follow up) But that’s like saying adding a comedic element to zombie fare, made zombie movies relevant and awesome again (I for one have been sick of the retreading of the same fucking shit since the original Dawn of the Dead) It just wasn’t the case. 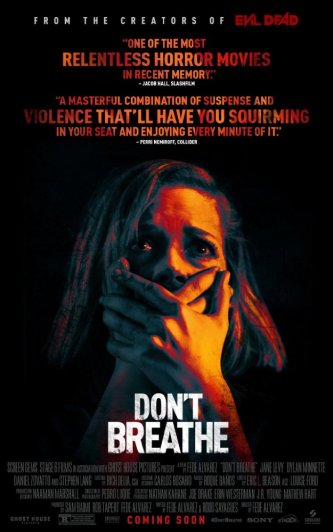 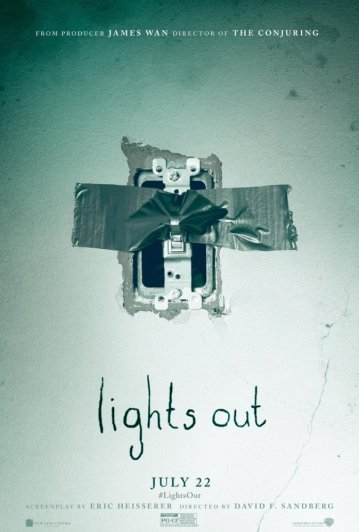 Holy fucking lost my train of thought, if I even fucking had one. Look what I’m trying to say is, I’m proud of these new directors I’m happy with the old directors – In this specific genre – 2016 has done more for Horror movies and Horror in general than any other year in recent history. I’m super happy, I hope to see more and more and more. Even television – Stranger Things has put an entirely new spin on Science Fiction Horror – Ash VS The Evil Dead is returning this  October for it’s 2nd season, which if, is even half as good as the first, will be a treat for total Ash addicts like myself. 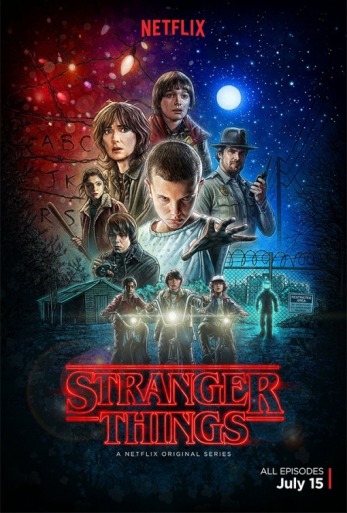 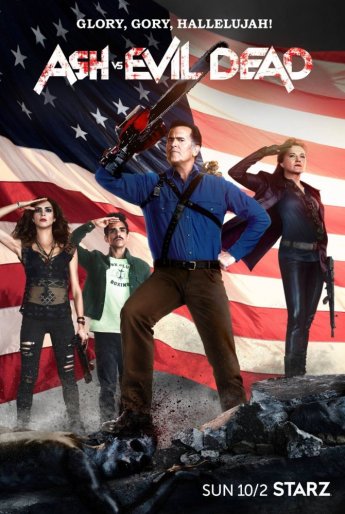 Ash VS. The Evil Dead

Well, since I have to get back to work and managed to say a whole fucking lot without actually saying anything at all – I will leave you with the Stranger Things Season 2 Teaser.

I promise, to the 2 fucking people that are lucky enough to read this bullshit every 2 months – I will write something regarding Summer tent pole – Blockbusters in my next outing – to end off the 2016 summer – It will be hard, because the blockbusters this year, save for maybe Jason Bourne, were just fucking garbage. Oh yah, watch these shits – open your fucking mind man.

Kevin Smith is, for lack of a better word, a cunt.

A once thriving independent filmmaker, with some of the most interesting screenplays and rich characters, has now devolved into a fat self loathing piece of shit.

I can go on for days and days about just how much this man shit on his own career. It seems what he’s doing now, is making him happy, so who am I to say anything? Well, fuck him. The man hasn’t had a good review for a film since, Dogma, really. Let’s take a serious look at this. A lot of people drool with obsession over this guy. I can’t stand the guy, well, I can and I can’t. He did make Clerks and Mallrats and Dogma. I just don’t like what he’s seriously praised for and I really don’t like what he’s not praised for.

Chasing Amy, worst fucking movie ever. Listening to Joey Lauren Adams, cry scream about getting fucked by 10 guys, is not my idea of good dialogue or reasonable conflict, maybe she ruined it for me, maybe it was just fucking awful. Jason Lee, was usually there to step in and turn shit into gold. So there was that, but not enough of that.

Ah whatever, the man made Cop Out and very publicly came out and proclaimed his soul was destroyed and his essence of filmmaking had been forever ruined. Yah, blame this shit I’m about to show you, on the critics, you fucking fat idiot. Jay and Silent Bob Strike Back, kicked a lot of ass, Jason Mewes is a gem. I’ve recently heard they’re back on track for another instalment into their strange world. I am okay with that. So, for what he could potentially have coming up, Mallrats 2, Clerks 3, I have my hopes up for. Everything else this guy has touched in 15 years has been so fucking bad its embarassing. Most of his films look like they were a series of short films poorly edited together, made and distributed for 50 bucks by a film school drop out. Yep, dont believe me? Check out this trailer, as a Canadian, I’d have to say, this is actually slightly offensive. Fuck you Kevin Smith.

This cocksucker seems to think he has some kind of “In” with Canada, this is offensive and he is making a mockery of a country, he claims to love. Asshole. Fuck you Kevin Smith you giant douche bag.

This is pretty awesome.

Way to take the time to put this together.

Well since it is November 11th and we’re all to remember those amazing men (and women, more recently) that lost their lives so that we can blog and facebook and have these retarded freedoms we take for granted every day. The best I can do for them other than give them my infinite gratitude, is pop in a movie to help me remember what they did for us. 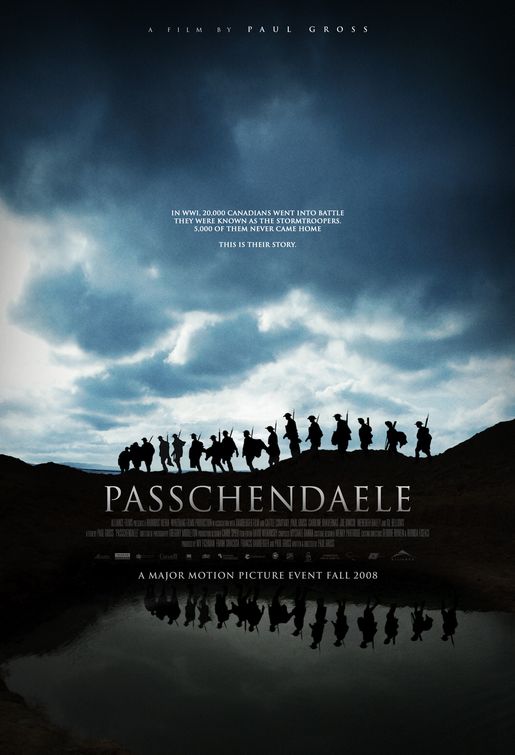 As far as im concerned no movie has hit home (Canada) as hard as Paul Gross’ recent Passchendaele.

A film about the battle of Passchendaele, and basically exactly what we canadians are remembering today.

So if it’s in your heart to be reminded of what these men did. Pick up Passchendaele and pop it in to the old blu ray. This film was actually quite good and really quite violent. A very influenced and accurate portrayal of the events before and after vimy ridge and the subsequent events leading up to the battle of Passchendaele.

I can tell you that If you’re the same age as me the answer to that will always be NOTHING.

So before you take every liberty you have for granted today. Remember why you have those liberties.

I will recommend a classic now. 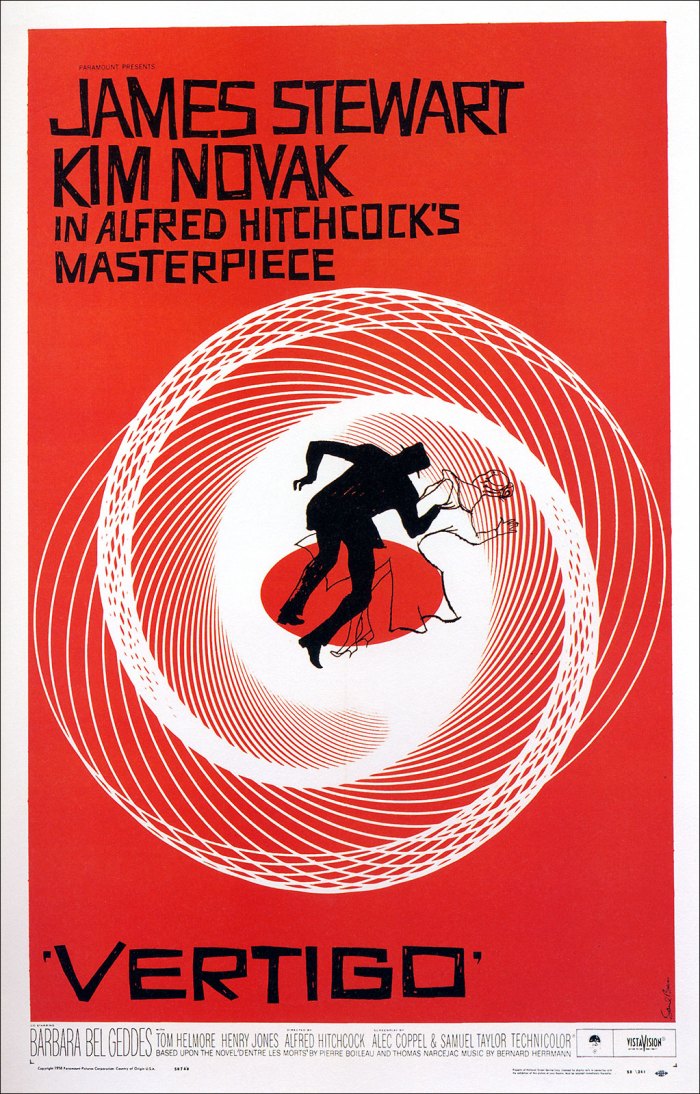 Im sure most, if not all of you, have never actually sat through an Alfred Hitchcock film.

Everyone knows. Everyone Hears. But have you ever actually taken the time to find out why Hitchcock is considered one of the greatest directors of all time?

Jimmy Stewarts collaboration with Hitchcock in the 50s and early 60s was amazing. The kind of Director/Actor pair up the likes of Scorsese and DeNiro .

What those two men did together for film is entirely unforgettable. Rear Window and Vertigo have to be 2 of my very favorite films of all time. So with that said.. I can almost guarantee you that you’ve never seen Vertigo. Rear Window maybe, more publicized, a story made famous by constant pop culture references and remakes.

Vertigo on the other hand is an acquire taste. But once you acquire the taste it goes down as smooth as any 12 year old scotch.

Check it out, they’ve just recently rereleased an anniversary edition blu ray and let me tell you. I had the privilege to sit down and watch this remastered version of hitchcocks finest film. It was nothing short of amazing.. the sound the picture the photography the acting.. Fuckin jimmy stewart..

Please if you love movies like I do, do yourself a favor and go grab a copy of this and watch it as soon as humanly possible. You will NOT be disappointed. This is one of the best. 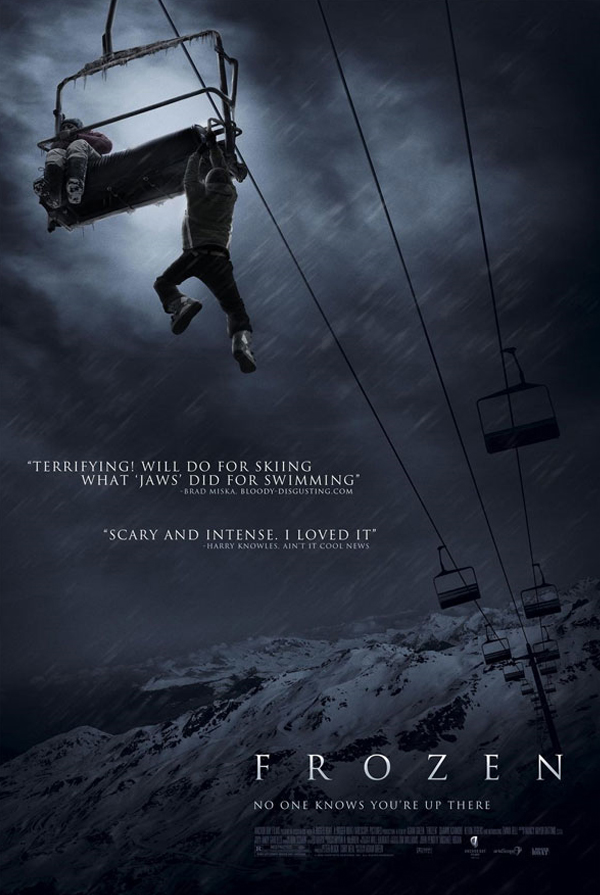 As terrible a movie as it was. This one is definitely worth the look. Its a story of 3 friends that get trapped on a ski lift at a ski resort that is totally not fuckin open for a good 5 days.. Get what you will from that synopsis. Terrible movie but for some reason I couldn’t look away. It was very much predictable and the acting was terrible.

But guess what? Noones ever fucking done a movie like it. So its worth your time. If you don’t like it don’t come back here crying to me that you spent your hard earn coins on it. Consider yourself warned.

Fucking back to blow your mind away with some titles that are definitely worth the view. 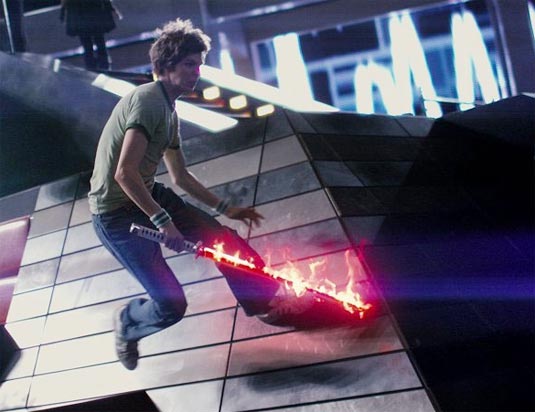 Watch Scott Pilgrim. Dont need a mini review here. Basically all there is to be said, is. Fuckin cool movie. If you’re like myself and are from that beautiful X generation of the 80s and 90s, this one will hit home with you, im sure.

Edgar Wright can do no wrong. The mans got vision. Check it out.

Watch This Shit
Blog at WordPress.com.